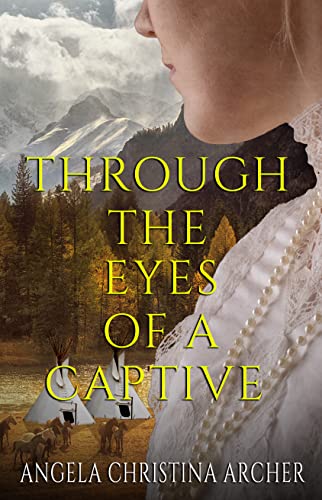 Through the Eyes of a Captive by Angela Christina Archer

“It is observed that in any great endeavor, it is not enough for a person to depend solely on himself.” ~ Lakota Proverb They called it a terrible glory and the last great battle for the American West. While the battle of the Little Bighorn was the last stand by Lieutenant Colonel George Armstrong Custer against the Lakota tribes, to Lily Sinclair, it was the last stand between her old life and her new beginning. After her in-laws squander away the family fortune, Lily and her husband, Alfred, head out west to the mountains of Montana, the only land available to poor people and far away from the debts haunting them. When a band of Cherokee warriors attacks their wagon train along the way, they kill her husband and take her captive, selling her to a Lakota tribe for the price of several horses.Widowed Lakota warrior Tahatan has vowed never to take another bride after his wife’s death. However, he soon finds himself forced into a marriage with the outspoken, yellow-haired Yankee who challenges every thought in his head. With Custer’s sights set on the hidden gold in the depths of the Black Hills, the Colonel begins his warpath on the tribe villages. Can Lily overcome the demons of her past and defend Tahatan and his people? Or will she betray them all for the actions against her dead husband?